With its red windmill on the roof, the Moulin Rouge is indubitably the most famous cabaret in Paris. It is also the oldest one - it has indeed celebrated its 120th birthday in 2009. Located at the foot of the Montmartre Hill, the Moulin Rouge is said to be the birthplace of the French Cancan dance. Please read here below our review of the show and find as well tips and informations about reservation and tickets price, ...

Planning to see the Moulin Rouge show?
Book your tickets online in advance with viator!
See: Get tickets for the show

A bit of history

The Moulin Rouge was built in 1889 and opened its doors on 6th October the same year. The success was immediate and many famous people and artists became regular visitors to the place: The Painter Henri de Toulouse-Lautrec and even the Prince of Wales (Future King Edward VII)... In July 1907, Mistinguett, makes her debuts on the stage... She became an iconic star. After Mistinguett's departure - 22 years later - the Moulin Rouge lost a lot of its clientele and the cabaret was transformed into a nightclub in 1937 and then a dancing during world war II. The Moulin Rouge recovered its former magnificence in 1951 after an important renovation... The cabaret is back under the spotlights..

Our review of the show

The historical background of the place and the quality of the show make from the Moulin Rouge cabaret a must when visiting Paris. We recommend it more for the show than for the food, which is just ok Our tip: The Moulin Rouge is the most popular cabaret in Paris - It is wise to book in advance to make sure to get a table for the day that better suits you during your travel dates.

Address: 82 Boulevard de Clichy - 75018 Paris. Telephone: 01 53 09 82 82
Opening hours: 2 shows everyday: For the first show at 7pm dinner is included. The second show starts at 11pm (No dinner - Just drinks)..
Tickets price: Prices vary from 90 to 180 euros per person depending on the inclusion of the dinner and the choice of the menu. Some local tour operators provide very interesting packages - See "Tickets"..

Here is our selection of useful resources about Moulin Rouge cabaret 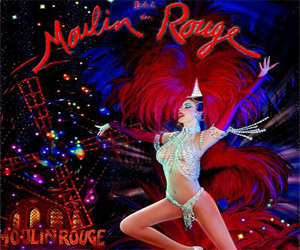 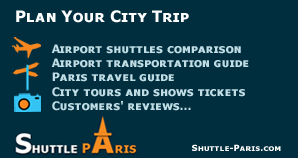